1970 Associate of the Library Association (U.K.)

1997 Fellow of the Library Association (UK) - now the Chartered Institute of Library and Information Professionals (U.K.)

1967 - 1971 Assistant Medical Librarian, Queen's University of Belfast. In this position I was one of (initially) three professional librarians and was responsible for establishing five Postgraduate Medical Centre Libraries throughout Northern Ireland under a Nuffield Provincial Hospitals Trust grant, and for acting as the "second in command" in the Queen's University Medical Library.

1971 - 1972 Head of Public Services, W.K. Kellogg Health Sciences Library, Dalhousie University, Halifax, Nova Scotia, Canada. In this position I was in charge of the library's public services operations - which had a staff complement of three other librarians - and I supervised the reference, circulation and inter-library loan operations. In addition, I acted as a "resource person" for hospital libraries throughout Nova Scotia.

1972 - 1974 Assistant Medical Librarian, McGill University, Montréal, Canada. In this position I was responsible for supervising all three sections of the McGill University Medical Library (public services, collection development and technical services), which, at that time, had a professional staff of nine, and for acting as the main liaison with the libraries in the McGill teaching hospitals.

1974 - 1990 Assistant Life Sciences Area Librarian, McGill University, Montréal, Canada. In late 1973 the McGill University Libraries were reorganized along broad subject lines and five "Areas" were created. The Life Sciences Area consisted of seven libraries (subsequently reduced by amalgamation to four); agriculture, botany, dentistry, history of medicine (Osler Library), medicine, nursing and zoology. My position involved supervising all aspects of the Medical Library and working with the Life Sciences Area Librarian in coordinating collection development and services in the other six libraries, with the other Areas of the McGill library system and with our teaching hospitals.

1999 - 2002 Health Sciences Librarian and Serials Coordinator for McGill University Libraries. The McGill Library System was again reorganized in 1998/99 and responsibility for the Blacker-Wood (biology) and Macdonald Campus (agriculture) Libraries was taken over by the new position of Special Libraries Coordinator. I remained responsible for the Health Sciences and Osler Libraries and in addition assumed responsibility for coordinating serials (print and electronic) in all McGill libraries. (Licensing, ordering etc.) The budget for this was about $3 million.

1989 - 1998 Guest Research Librarian at the China Medical University, Shenyang, People's Republic of China. After acting as a consultant to the China Medical University in 1986, I returned there for five months in 1989 as a Visiting Librarian and for shorter visits in 1991, 1998 and 2001. My initial visits were concerned with advising the Librarian and Vice President on library needs; my later visits have involved me more with teaching students in the Faculty of Medical Library and Information Science.

1980 Promoted to the rank of Associate Librarian.

1984 Promoted to the rank of Librarian.

2002 Awarded the rank of Emeritus Librarian - the first ever awarded by McGill University.

1992 - 2002 Chair of the Management Committee of the McGill Affiliated Health Sciences Library Consortium. The Consortium, formed in 1992, linked the McGill library system with the libraries in the affiliated hospitals and formalized earlier ad-hoc arrangements. It resulted in hospitals contributing funds to make online biomedical databases available to the whole McGill community in a distributed fashion.

1995 - 1997 Vice President (Internal) and member of the Executive Committee, McGill Association of University Teachers. As Vice President (Internal) I was responsible for relations with the University administration, including issues of salary, benefits, pensions, discipline and grievance, tenure and retirement. To accomplish these responsibilities I was a member of or chaired a number of MAUT and University committees including committees on salary policy, staff relations, benefits and academic regulations.

*A Bookish Moment: The Charioteer by Mary Renault. National Post (National Edition). 11 Sep 1999: 9. (Abstract: The Charioteer was a very important book in my life, but I did not reread it for almost 20 years. This reluctance sprang from a fear that it would seem old-fashioned, quaint and too circumspect about its gay content - I was afraid that it would not live up to the somewhat idealistic memories I had of it. I need not have worried as Renault writes terribly well, the emotions her characters experience as they discover their sexuality are universal, and the lasting message of hope and self- worth in the book is still important. An important book in the development of gay literature. ( Available through ProQuest - $$.)

*Theses in the Osler Library, including that of Pierre de Sales Laterrière. Osler Library Newsletter, No. 111, 2009. pp 1-11

*Medical Licences issued in Ontario and Québec prior to 1867. Web publication (updated as necessary.)

China Medical University, Shenyang, China. General library consultant and advisor on both the health sciences library and the Faculty of Medical Library and Information Science, now the School of Information Management and Information Systems (Medicine). Visits, 1986, 1989, 1991, 1998, 2001, 2004. Continuing consultation by mail, e-mail and occasional visits to Canada by CMU staff.

1989 World Health Organization Fellowship. Awarded to support visits to the UK and Ireland to study the organization of regional medical library systems. ($6000)

1991 Grant (bequest) from the Massabki Estate to establish the Antoine Massabki Endowment to support the McGill University - China Medical University Cooperative Project and other international projects. ($65,000).

1997 - Fellow of the (UK) Library Association, now the Chartered Institute of Library and Information Professionals.

First language English, some ability to read and comprehend French. 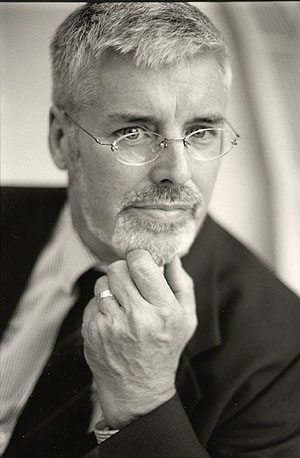